Most “bottom up” dlp and sla resin based 3d printers use one of two materials as a release layer for peeling a part from the floor of the printers resin vat after a layer exposure, PDMS which is a type of transparent silicone or FEP which is a transparent Teflon. Each material has advantages and disadvantages when used in 3d printing. PDMS has less “stickiness” when compared to FEP but is notorious for clouding after a relatively limited number of 3d prints leading to the need to replace the resin vat or at least the PDMS release layer of the vat often. Many printers that use PDMS have a mechanism to assist the peeling of the part being printed from the PDMS, for example tilting or sliding of the vat after each layer exposure but some printers are able get by without any peel assist mechanism. FEP film is stickier than PDMS but when used in the right configuration can outperform both the release characteristics and usable life of PDMS. If FEP film is highly tensioned when used as the floor of a 3d printers resin vat it will act like a rigid plate during a layer exposure but will bulge up at points where the printed part is sticking to the FEP film, this creates peeling edges pretty much anywhere the part is sticking, you can think of the FEP film on a “drum head flexvat” as having a vat that tilts from all directions at once while peeling a part after a layer exposure. The problem with a drum head flexvat is that the FEP film has to be kept under very high tension to keep the FEP film from sagging under the weight of the resin and/or when the part drops back down for the next exposure (for printers that raise and lower the build plate after each exposure).  Highly tensioned vats are ok for very small vats but as the vats get larger in order to handle the high tensions the vats must have parts such as aluminum stiffening plates to handle the mechanical stresses and past a certain size this type of vat becomes impractical.

The best of both worlds: The Raised Edge FEP Support Plate

FEP vats have been made with transparent acrylic support plates under the FEP film for 3d printer resin vats but the problem with a support plate is that the FEP film will tend to stick to the plate due to vacuum. If the FEP film is not able to bulge upwards after each layer exposure the “tilting from all directions” peeling action of a drum head vat does not work and the separation forces become quite high causing print failures. A solution that has been used is to cut vent holes around the edge of the support plate to allow air to enter the space between the FEP film and the plate but vents do not fully solve the problem. If you have FEP film stretched or even just laying on the acrylic plate you still have a vacuum problem because there is still no easy path for air to enter the area between th FEP and the acrylic plate because the FEP film siting flat on the support plate still creates a suction cup effect. The solution to this problem is a surprisingly simple one, put a thin spacer (0.14 – 0.35mm thick depending on the vat) along the line of vent holes at the edges of the support plate to lift the FEP film up slightly above the vent openings this allows for an air path that totally eliminates the vacuum problems when using a support plate with FEP film. With this small change a vat with supported FEP film peels as well as a drum head vat under most conditions without the need for very high FEP tension, the FEP film is still under some tension which makes the FEP film “want” to lift upwards after each layer exposure, the tension also helps to maintain a very thin film of air between the FEP film and the support plate between layer exposures, this also helps to prevent sticking of the FEP film to the support plate. The spacer need only be thick enough to break the suction cup effect of the FEP against the support plate while still allowing the film to “sag” against the support plate under it’s own weight and the weight of the resin. Larger FEP based 3d printer resin vats that would have been impractical because of the need for stiffening the vat on order to maintain high tension on the FEP film are practical using  this support plate configuration. 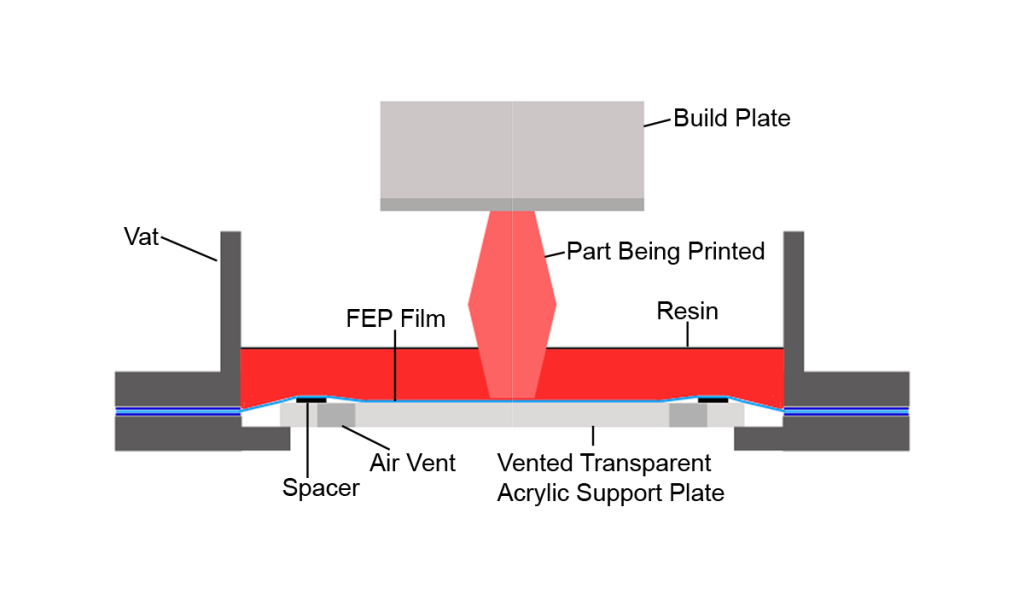 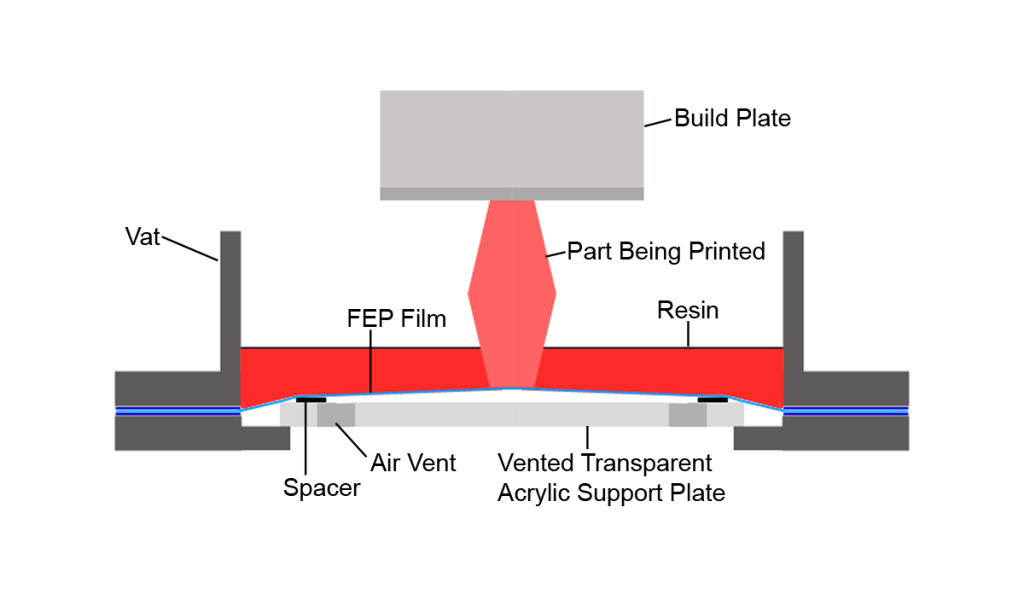 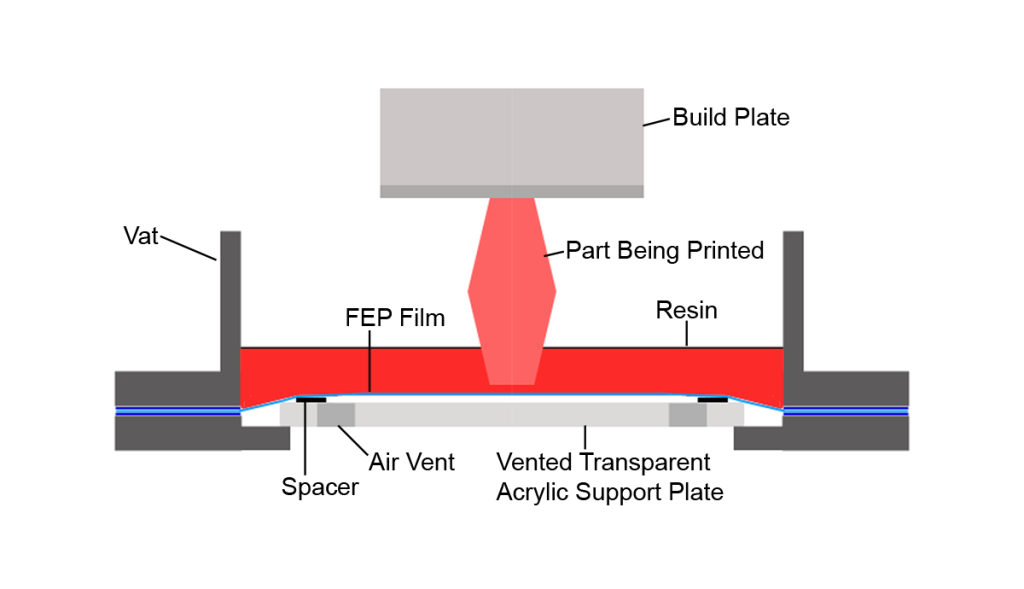 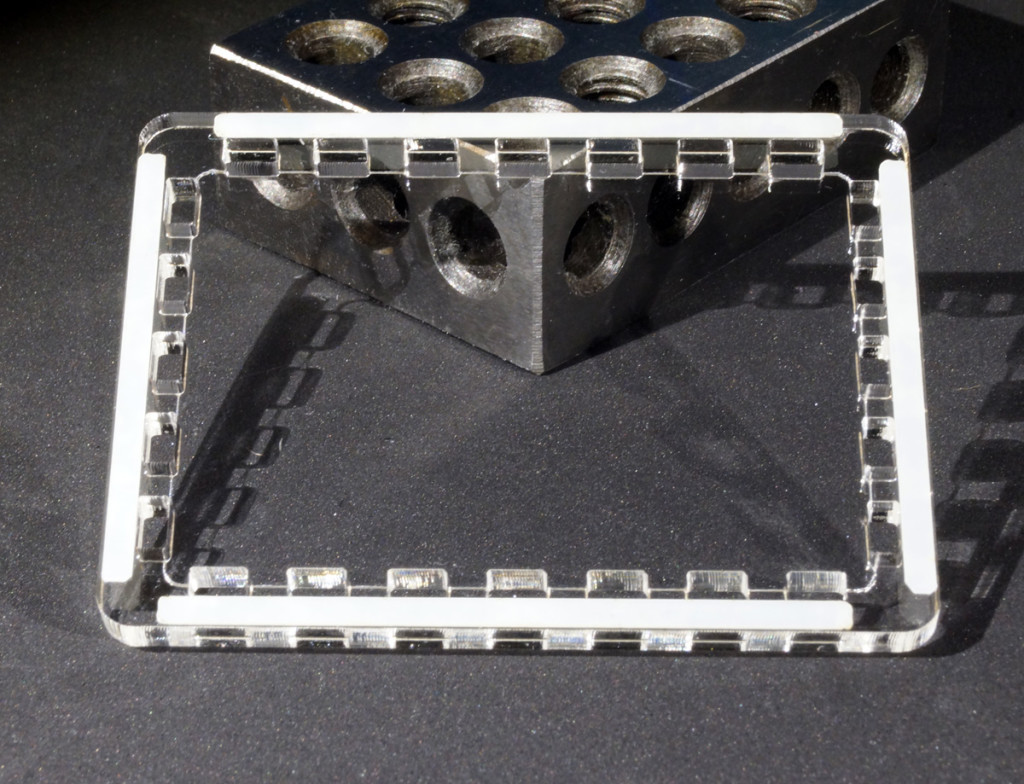 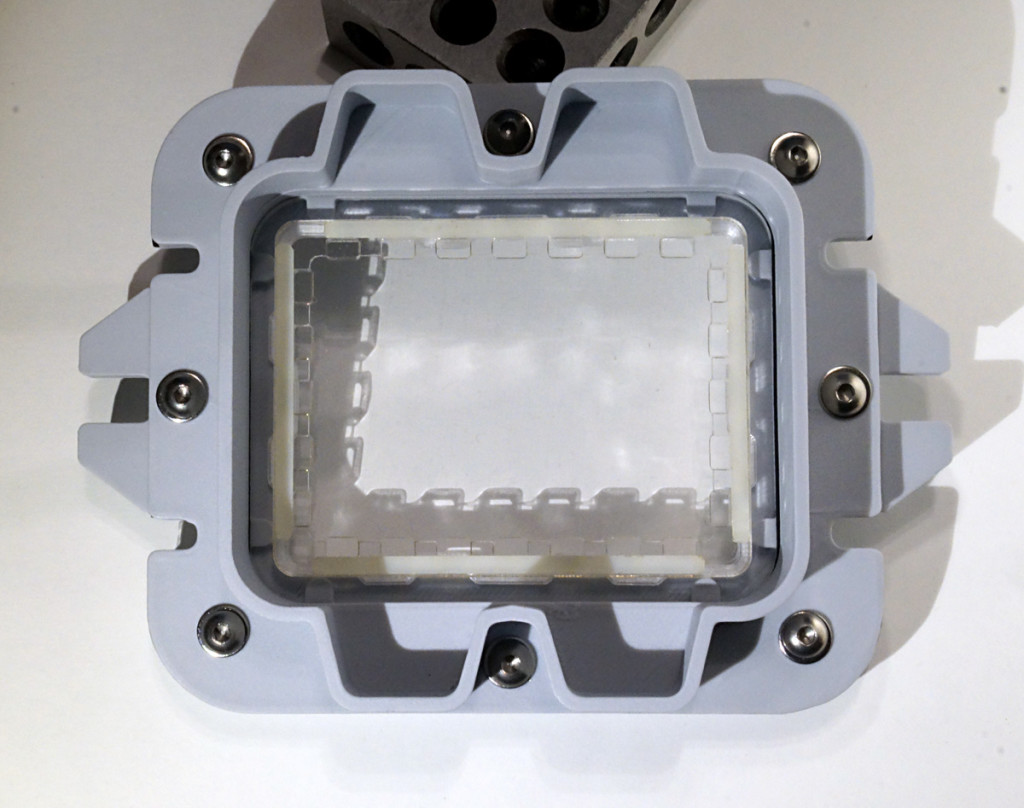 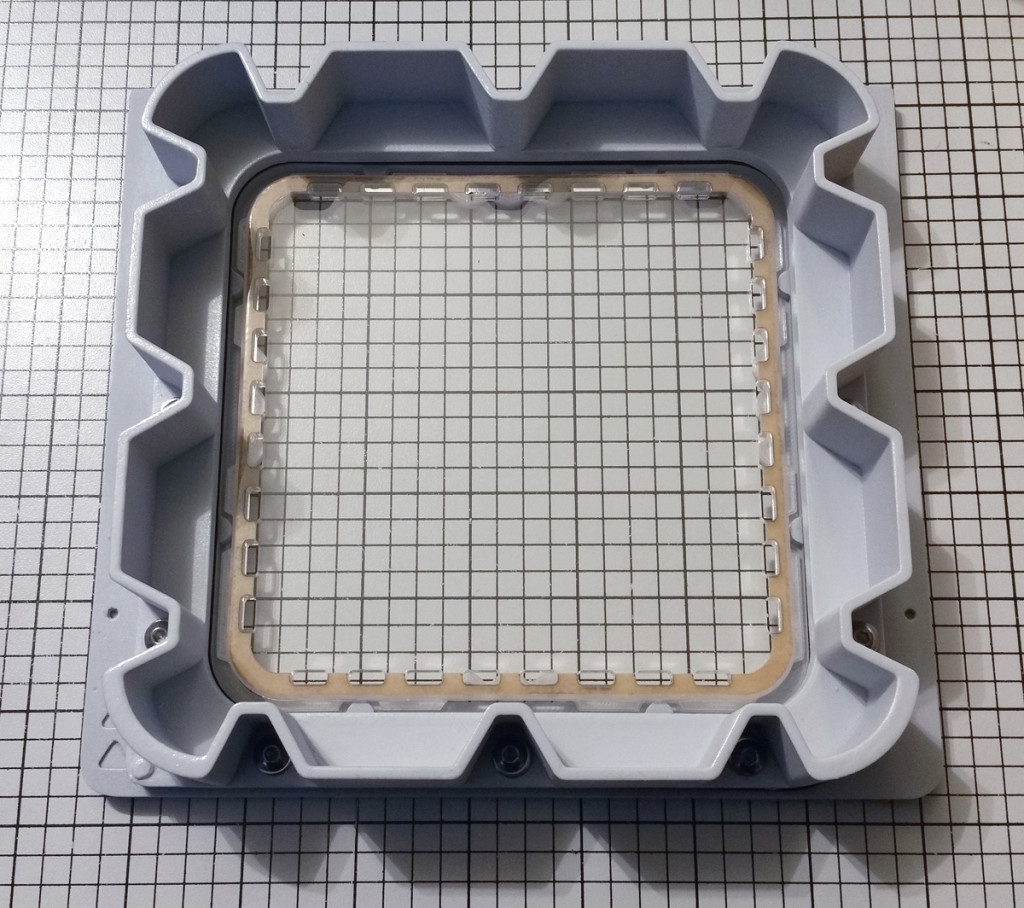