I received the 20 watt uv led today and thought I would post some images of the red led assembly from the casio dlp projector and the uv led (only the blue led block was missing from the projector). I added a “quarter” (about 24mm diameter) for scale.

It looks like I will be able to use the cooler from the red led assembly (and yes that is a peltier cooler attached to the heat sink) and I will be able to mount the assembly back in it’s normal position. I will probably fabricate a new faceplate (the black assembly with the lens) and replace one or both of the lenses (both plano convex “led” lenses) only because of the larger area of the uv led array. The only question now is if 20 watts of 405nm uv is going to be enough. The resins I have looked at seem to like that wavelength and unlike DLP projectors that use bulbs the uv led is all uv. The light path of the casio is pretty efficient (after bypassing the stuff you don’t need) and I doubt if there are any uv filters in the light path (what would be the point in an all led projector),however, if 20 watts of uv is not enough I do have a plan B. Note: I also purchased a matched led driver for the uv led and a cheap pair of “red” uv blocking glasses (a uv led will be brighter than it’s apparent visual brightness and I believe in safety first). 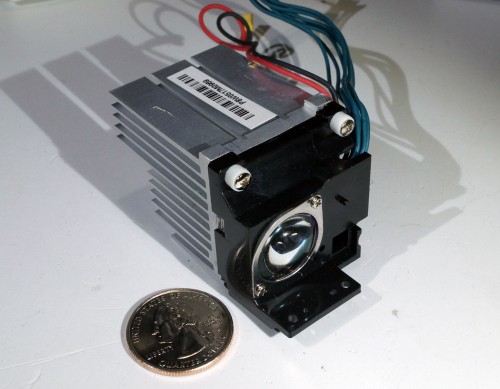 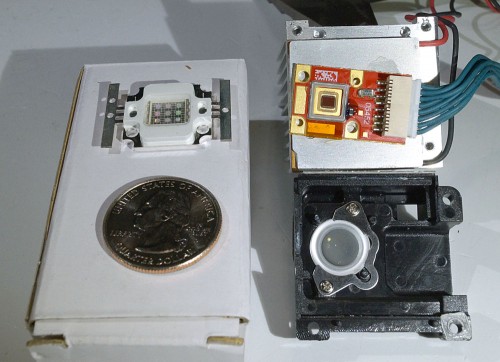 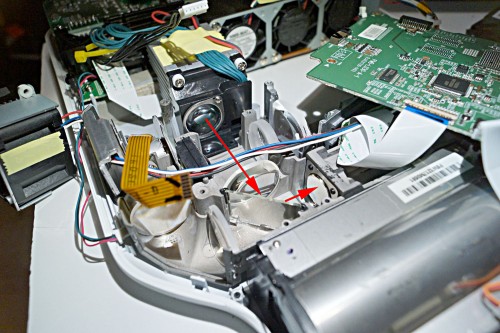